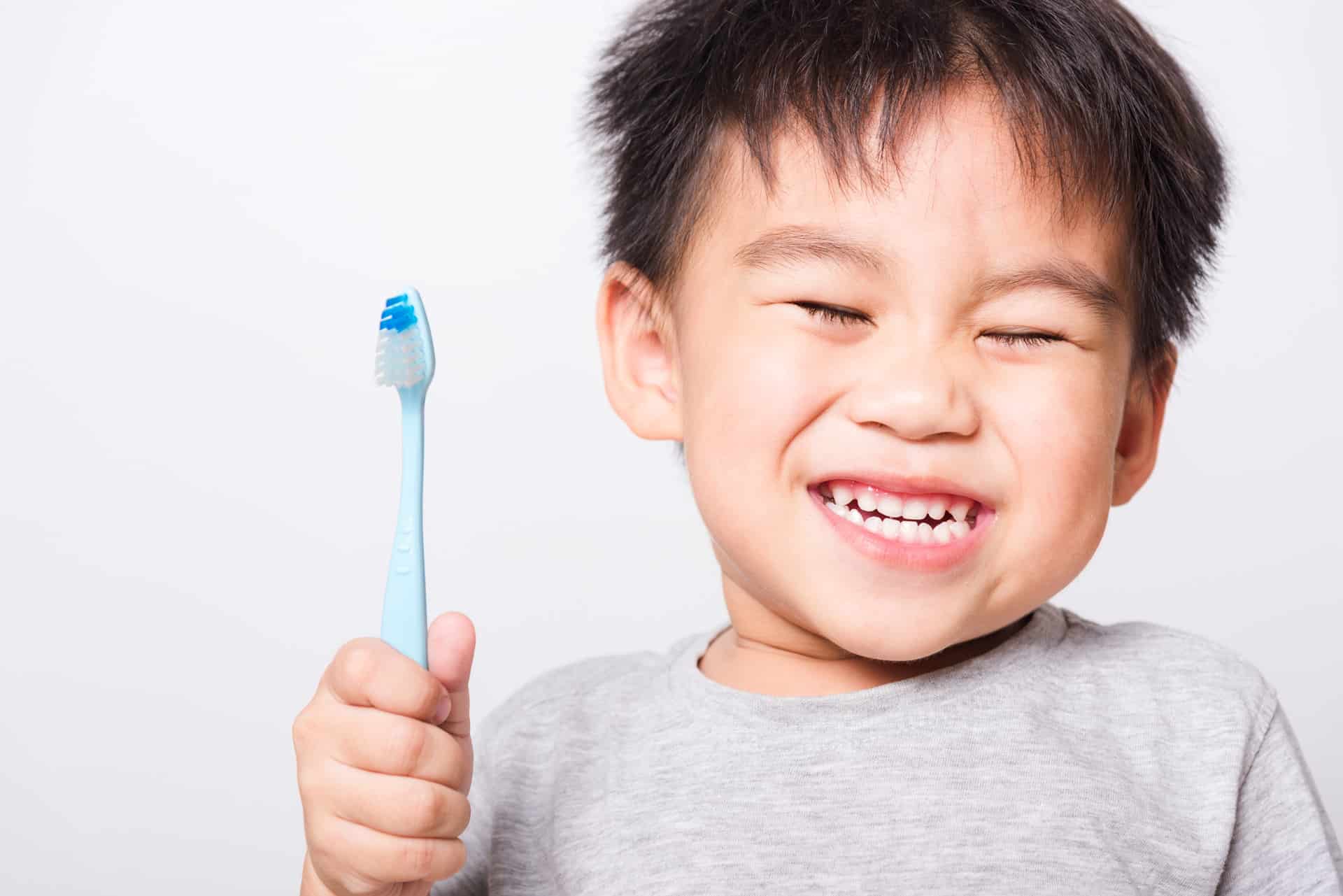 When the toddler came to her office, 4 of his 16 teeth were so decayed, they required dental crowns.

Although this case may sound shocking, it’s not rare, says Beverly Largent, DMD, the Paducah, Ky., dentist who cared for the child. She tells parents it’s crucial to care for baby teeth. “You need to brush from the first tooth,” says Largent, past president of the American Academy of Pediatric Dentistry.

Neglecting baby teeth is not the only misstep parents can make when it comes to their child’s early oral health.

Getting preventive care early saves money in the long run, according to a report published by the CDC. The report found that costs for dental care were nearly 40% lower over a five-year period for children who got dental care by age one compared to those who didn’t go to the dentist until later.

Dental visits are just part of the plan, of course. Tooth brushing is also crucial from the start. “A lot of people think they don’t have to brush baby teeth,” Largent says. If your baby has even one tooth, it’s time to start tooth brushing. “If there’s just one tooth, you can use gauze.”

Even before your baby has teeth, you can gently brush the gums, using water on a soft baby toothbrush, or clean them with a soft washcloth.

Once there are additional teeth, Largent tells parents to buy infant toothbrushes that are very soft. Brushing should be done twice daily using a fluoridated toothpaste.

Flossing should begin when two teeth touch each other. Ask your dentist to show you the right flossing techniques and schedules, Largent says.

Also ask for your dentist’s advice on when to start using mouthwash. “I advise parents to wait until the child can definitely spit the mouthwash out,” says Mary Hayes, DDS, a pediatric dentist in Chicago and consumer advisor for the American Dental Association. “Mouthwash is a rinse and not a beverage.”

So how long until Junior can be responsible for brushing his own teeth? “[Parents] have to clean the teeth until children are able to tie their shoes or write in cursive,” says Largent.

During dental visits, ask your dentist if your child’s teeth need fluoride protection or a dental sealant.

And remember, the most important time to brush and floss is just before bedtime. No food or drink, except water, should be permitted until the next morning. This allows clean teeth to re-mineralize during the night, from the minerals in the saliva and toothpaste.

For years, pediatricians and dentists have been cautioning parents not to put an infant or older child down for a nap with a bottle of juice, formula, or milk.

Even so, says Largent, many parents don’t realize this can wreak havoc with their child’s oral health.

The sugary liquids in the bottle cling to baby’s teeth, providing food for bacteria that live in the mouth. The bacteria produce acids that can trigger tooth decay. Left unchecked, dental disease can adversely affect a child’s growth and learning, and can even affect speech.

If you must give your child a bottle to take to bed, make sure it contains only water, according to American Academy of Pediatrics guidelines.

Bottles taken to bed aren’t the only beverage problem, says Hayes. The other? “Juice given during the day as a substitute for water and milk,” Hayes says.

Often, that juice is in a sippy cup. It’s meant as a transition cup when a child is being weaned from a bottle and learning to use a regular cup.

Parents mistakenly think juice is a healthy day-long choice for a beverage, say Hayes and Largent. But that’s not the case.

Largent says she often sees children walking around all day drinking juices and other sugary beverages from a sippy cup, and that’s hazardous to dental health. “Prolonged use of a sippy cup can cause decay on the back of the front teeth,” if the beverages are sugary, she says.

Juice consumption has been linked to childhood obesity and the development of tooth decay, according to the American Academy of Pediatrics. In its current policy statement on preventive oral health, the organization advises parents to limit the intake of 100% fruit juice to no more than four ounces a day. Sugary drinks and foods should be limited to mealtimes.

“Pediatricians I know are telling parents to use juice as a treat,” Hayes says.

Pacifiers used in the first year of life may actually help prevent sudden infant death syndrome, according to the American Academy of Pediatrics. They suggest using a pacifier when placing the infant to sleep but not to reinsert once baby has drifted off. Long-term use can be hazardous to dental health. Sucking too strongly on a pacifier, for instance, can affect how the top and bottom teeth line up (the “bite”) or can affect the shape of the mouth.

Largent tells parents of her young patients: “Pacifiers are for infants, not for toddlers walking around with them in their mouths.” She discourages long-term use of even the “orthodontically correct” pacifiers.

Largent says she prefers that pacifiers be dropped by age 2. The American Academy of Pediatrics suggests getting a professional evaluation if the pacifier habit continues beyond age 3.

Many medications that children take are flavored and sugary, says Hayes. If they stick on the teeth, the risk for tooth decay goes up.

Children on medications for chronic conditions such as asthma and heart problems often have a higher decay rate, she finds.

Antibiotics and some asthma medications can cause an overgrowth of candida (yeast), which can lead to a fungal infection called oral thrush. Suspect thrush if you see creamy, curd-like patches on the tongue or inside the mouth.

“If your child is on chronic medications, ask your child’s dentist how often you should brush,” Hayes says. You may be advised to help your child brush as often as four times a day.

Parents often tell Hayes that their children put up a fuss when it comes time to brush, floss, and rinse, so parents relent and don’t keep up with oral care at home as they should.

Hayes strongly advises these parents to let their children know they don’t have a choice about taking care of their teeth and gums.

“It has to be done,” Hayes says. But she understands that children can get cranky and difficult. She suggests these tips to coax reluctant brushers and flossers to get the job done — or if they are too young, to allow their parents to help them do it.

Want to schedule an appointment?